Persuading Through Data And Stories

When your goal is to persuade your audience about an idea or argument, how much do you use stories? And by story, I just mean a human example – nothing long or elaborate needed.

You’ve probably heard about storytelling in presentations, and there are many different resources to help you use them effectively. 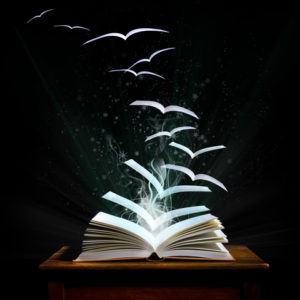 Persuading Through Data and Stories

But in my work with clients I still often see reluctance to go beyond the data – and don’t get me wrong: facts, logic, data, they’re all crucial. But…numbers don’t engage your audience unless they understand where the numbers come from and what they mean.

We retain information most efficiently when it attaches to an emotion. No emotion = very low or zero recall.

Think about that for a moment!

So if that’s true, then adding a human aspect and persuading through data and stories is going to greatly increase both your audience’s engagement and their retention…and we all want that! This human aspect means giving examples, a case study, anecdote, or actual story.

Think back for a moment to a recent presentation you heard…even one a year or two ago. What you do remember most?

I’d bet it’s a story. And possibly an individual’s story. One person. Which brings me to my main point today, about how nonprofits are leveraging this  idea:

My aim is to show you the power of using an individual’s story to engage your audience, no matter what topic you’re delivering.

How nonprofits are persuading through data and stories

NFPs or nonprofits have learned that telling the story of one person who needs your help will attract more donations than using data alone. OR even data and story together. (This is unusual by the way, that data and story combined don’t win: in general my best advice to you is to use both. However, there’s a specific challenge around asking for donations which I discuss below).

So why do stories work so well? We’re basically hard-wired for them. Chip and Dan Heath, authors of the book ‘Made to Stick’ say this:

“Hearing stories acts as a kind of mental flight simulator, preparing us to respond more quickly and effectively.”

And using the story of one person, the “identifiable victim effect” – to use nonprofits donation goal language – works.

This experiment was conducted at Carnegie Mellon University in 2007 by researchers Deborah Small, George Lowenstein and Paul Slovic. Students thought they were being surveyed on their use of technology. When they received a fact-based appeal from Save the Children, they donated $1.14 on average.

Students who read the story about Rokia – a 7 year old girl starving in Mali, Africa – donated an average of $2.38, more than twice as much.

“When it comes to eliciting compassion,” researcher Paul Slovic says, “the identified individual victim, with a face and a name, has no peer.”

I remember myself reading an article years ago in the Age newspaper about homelessness. Researchers found that people struggled to relate to the homeless as a group. But when they were asked to think about which of two soups a homeless man might prefer for their evening meal, their compassion and ability to relate to that person hugely increased. It certainly worked for me.

And the very fact that I can remember the example probably 10 years later shows the way humanising the individual person created strong personal impact.

We struggle to relate to large numbers

It’s so hard for us to relate to big numbers, millions affected, that we often turn away. So what happens in the nonprofit, donation-seeking arena when we use data and a story together?

Let me quote directly from Andy Goodman who wrote about this study in Contributions Magazine.

“In a third experiment (that was part of the same study), students who completed the technology survey were given an envelope with five dollars and a different solicitation from Save the Children. This letter told Rokia’s story but also included statistics about persistent drought, shortfalls in crop production, and millions of Africans who were going hungry.

While students who had read Rokia’s story alone donated an average of $2.38, those who read the story plus the data donated an average of $1.43. Slovic attributes this nearly 40 percent fall-off to what he calls the “drop in the bucket” effect. When people read about Rokia, he explains, their emotions are engaged and they are inclined to give.

But when they also read about the millions who are in distress, “the data sends a bad feeling that counteracts the warm glow from helping Rokia,” he says. People may still give, but they will give less.

Even with these results, Slovic adds, good causes may be able to combine stories with data to positive effect.

If you tell a story about someone your organization has helped and then explain that she is just one among hundreds currently benefiting from your efforts, the supporting data may have a different impact. In this instance, says Slovic, the data “will indicate that [your] organization is trustworthy and effective. Donors care about that.”

He is quick to add, however, that he’s made an assumption about this, that research hasn’t confirmed.

So if you need to persuade your audience, it’s worth remembering this. Using a story – particularly one person’s – is one of the most effective ways to engage your audience. However, unless you’re working in the donation-seeking area, I recommend persuading through data and stories to maximise your message’s impact and appeal.

Studying 'stress hardiness' research is part of what I do to... read more

Energy – Are you Missing this Vital Element for Speaking Success?

Your energy as a sparkler Having enough energy when presenting to carry... read more

Public Speaking Fear Roadblocks and How to Get Past Them

Public Speaking Fear Roadblocks and How to Get Past Them Do you... read more

Nervous Speaker? Where Does your Focus Naturally Go?

So you're a nervous speaker: where does your focus naturally go? Updated... read more